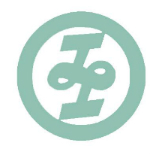 A writer, editor, content strategist and teacher, I have an insatiable appetite for travel, fashion and food.

After six years in the music industry, I launched a freelance journalism career in 2002, writing for national newspapers, magazines and websites, broadcasting on the radio, training fellow media professionals and lecturing in fashion journalism, styling and blogging.

I’ve written editorial and advertorial copy for most national publications but am most closely associated with the Guardian. I have been commissioned by the newspaper for over a decade and spent two years in-house as a commissioning editor. I was also freelance features editor at hitched.co.uk, the UK’s most popular wedding website, for five years, worked as consulting head of fashion for Style Compare and did a 12-month stint as resident fashion blogger at eBay.

I joined London Metropolitan University as fashion journalism lecturer in September 2011 and, in 2016, I was commissioned by Channel 4 as journalism tutor for the channel’s bi-monthly 4Talent Pop-Up events, taking place across the country. I also lead public and corporate training sessions for Guardian Masterclasses.

My fashion blog, Fashion Detective, has been running since January 2010 and I launched Feet on the Ground, a travel site dedicated to no-fly travel, in February 2015.

I have been a recurring guest and appeared as a fashion expert on BBC Radio since 2010 and am represented by the literary agent Andrew Lownie.